There appears to be a few burning questions that fish buyers are always thinking about – is my fish a female betta fish or male betta and does it matter? 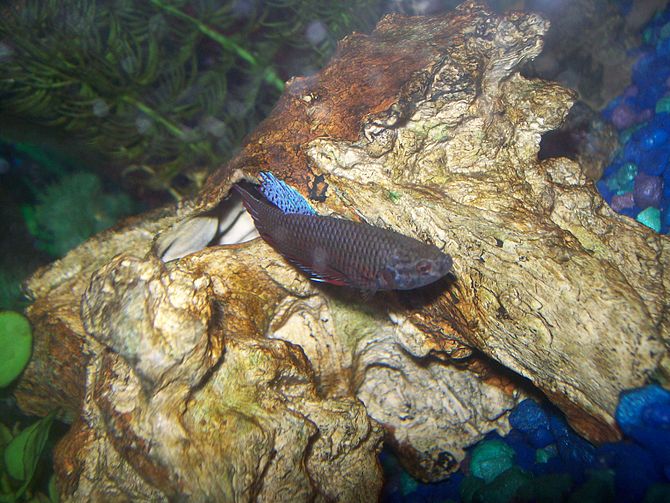 Can I really put my female and male betta fish together?

I had these same questions at the time I visited the pet store to buy my first betta. When I asked the store clerk how I could tell the difference between a female betta and male betta, he told me it didn’t really matter, given that I wasn’t planning on breeding. He said I could just choose whichever fish I liked best. At the time, I was fine with that answer since I just want to get one fish and it would be all alone inside the first tank.

A few weeks later I started to feel bothered by the question and answer as I was watching my betta swimming around its tank and started wondering if I decided I wanted to get another fish for my tank, how could I know which sex it was or whether or not it could go in the tank with my first betta?

I did some research and discovered there was actually a very simple answer to my female or male question.

It really it’s a big stretch of intelligence in order for a pet store clerk to know that the colorful, large ones are the males and the females are the more brownish colored, smaller ones.

What is more important to be aware of is that a majority of pet stores just carry male bettas since when they are inside a fish tank they are more impressive.

If you are planning to have multiple fish in your tank, it is critically important to know whether your betta is female or male.

Don’t put two male bettas inside a tank together, since they are Siamese Fighting Fish and if you put two males together they will continue fighting until one of them is dead.

Do Not Put Two Female Betta Fish Together

It also isn’t a good idea to put two females into a tank together.

Females often become territorial and fight the other female to dominate the tank. What is surprising about female bettas is, if you place at least 5 females inside a tank, they won’t fight. It must be because there are too many at that point for one of them to think it can dominate.

When you put females together in a tank, you should follow the formula of having 5 gallons for each fish to prevent there from being problems, so 5 fish would need a 25 gallon tank. This way all of the fish can have their own personal area to dominating without needing to fight each other.

If a tank is big enough a female and female can get along just fine. If you add another female to the tank, you will end up having problems among the two females. When adding females, try making it 5 or more and increase your tank size to 30 or more gallons.

Don’t forget to add plants (artificial or real), gravel and rocks to your aquarium. This way the fish will someplace to hide when they are wanting to have a break from the other fish and your tank will be more interesting to them, which will make them a lot more fun to watch and active.

Knowing whether you have a female betta or male betta is very important if you are going to put multiple fish inside your tank. For the safety of the bettas and your enjoyment, learn how you can tell the difference between males and females, and how they react to one another inside a community fish tank.